Bailbonds.com Is Here to Help Can Help You 24/7. 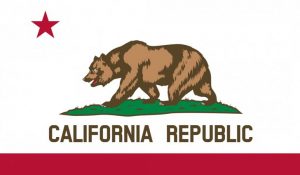 Need to find your closest agent? Use our handy locator.

Applicable State Statutes 1.
California Insurance Code, Div. 1, Part 2, Ch. 7, Sections 1800-1823, (hereafter referred to as IC).
Under IC 1800.6, cities and counties are free to enact further regulations not in conflict with the IC sections cited above in A.2. California Penal Code, Part 2, Title 10, Ch. 1, Article 5.5, Sections 1299-1317 (hereafter referred to as PC).3. California Code of Regulations, Title 10, Ch. 5, Sections 2053 et seq.2. Licensing Requirements for Agents.
1. California provides for three kinds of bail licenses [IC 1801]: the bail agents’ license [IC 1802], the bail permitees’ license [IC 1802.5], and the bail solicitors’ license [IC 1803]. Of concern here will be the bail agents’license, which permits the holder to solicit, negotiate, and effect undertakings of bail on behalf of any admitted surety. (A license may also be held by a corporation [IC 1810(b)]).The requirements of which license are:

a notice of appointment on file with commissioner by a surety insurer [IC 1802.1],

filing an application in the form prescribed by the commissioner with such supporting documents as required [IC 1804],

filing of annual notices and applications to keep licenses in force and payment of fees by 1 May annually [IC 1808],

taking and passing a written examination given by the commissioner [IC 1810.5, 1810.6], to qualify for which the applicant must take 12 hours of classroom education in pertinent subjects [IC 1810.7(a)],

completion annually of not less than six hours of continuing classroom education on pertinent subjects prior to renewal of license [IC 1810.7(a)],

the clerk of the court must mail notice to both surety and bail agent within 30 days of the declaration [1305(b)],
the forfeiture period is 180 days extended by five days for mailing [1305(b)],

4. Allotted Time Between Forfeiture Declaration and Payment Due Date.

When the bond is forfeited and the period of time in PC 1305 has elapsed, the court in question enters a summary judgement [PC 1306(a)] and the district attorney or county counsel must demand immediate payment within 30 days after the summary judgement becomes final [PC 1306(e)(1)]. The clerk of the court must serve notice of the entry of judgment within five days of the date of the judgment [PC 1308(b)].

The California Penal Code establishes a number of conditions under which the forfeiture is set aside:

if the court has reason to believe there is a sufficient excuse for a failure to appear, it may continue the case for a period it deems reasonable [PC 1305.1].

California has no remission period.

California Penal code allows the agent to arrest the principal himself or empower another to do so. [PC 1301].

After defendant failed to appear at his probation and sentencing hearing, the trial court continued the matter and ultimately ordered bail forfeited. Summary judgment was entered in favor of the People. The trial court denied the bail bond company’s motion to vacate the summary judgment and to exonerate the bond. (Superior Court of Orange County, No. C-63343, Myron S. Brown, Judge.)

The Court of Appeals reversed the trial court’s order denying the motion to vacate the summary judgment and exonerate the bond. The court held that where, as in this case, there is no indication on the record that either the defendant or defense counsel presented any information to the court which could be said to constitute a sufficient basis to entertain a reasonable belief that the defendant’s nonappearance may have been with sufficient excuse. Thus, it held that the failure of the trial court to declare forfeiture of defendant’s bail bond on the first day he neglected to appear for his probation and sentencing hearing deprived it of jurisdiction to later forfeit the bond, since there was nothing in the record to show that the trial court had any reason to believe sufficient cause existed for his failure to appear. (Opinion by Scoville, P.J. with Wallin and Sonenshine, JJ., concurring.)

3. County of Madera v. Ranger Ins. Co. (1991) 281 Cal.Rptr. 230, 230 Cal. App.3d 271. County sought to recover from surety on bail bond when defendant failed to appear in criminal case. The Madera Justice Court, No. 020641, Victor C. Dahman, J., granted summary judgment in favor of county. Surety Appealed. The Court of Appeal, Dibiaso, Acting P.J., held that: (1) court may not reinstate defendant on previously forfeited bail bond without prior notice to the surety, and (2) failure of court to provide prior notice requires release of surety obligation. Reversed.

3. No Election Required by Prosecution Where Extradition Infeasible

4. County of Orange V. Ranger Ins. Co. (1998) 61 Cal.App.4th 795, 71 Cal.Rptr.2d 811. In bail forfeiture proceedings, the trial court ruled that §Pen. Code, 1304, subd. (g), which provides for relief from forfeiture of bail when the prosecuting agency elects not to seek extradition after being informed of the location of a fugitive defendant, did not provide relief to a surety whose bond posted for a Mexican ntional convicted of drug offenses had been forfeited after defendant fled to Mexico. (Superior Court of Orange County, No. 95NF1458, David O. Carter, Judge.)

The Court of Appeal affirmed. The court held that §Pen. Code, 1305, subd. (g), applies to defendants in foreign countries, but that it not triggered when extradition is not feasible. The term “elect” implies a choice of options, and the implication is that the prosecutor will have the option whether or not to seek extradition. Accordingly, the court held that the prosecution, having given evidence of Mexico’s demonstrated reluctance to extradite its own nationals for nonheinous offenses, was not required to make a formal request for defendant’s extradition from the Mexican government, and the trial court properly found that extradition was infeasible. (Opinion by Sonenshine, Acting P.J., with Rylaarsdam and Bedsworth, JJ., concurring.)

4. When Is A Bailee Required to Appear in Court?

In a felony criminal prosecution, the trial court properly granted defendant’s surety’s motion to vacate the bail forfeiture ordered when defendant failed to appear at a hearing on a defense motion to continue the trial. The trial court lost jurisdiction when it failed to forfeit the bail bond two days earlier on the occasion of defendant’s failure to appear at the master trial calendar hearing and so it was without jurisdiction to order the forfeiture two days later. Pen. Code, 1305, requires a defendant’s presence at “trial,” which includes the date set for the appearance in the master trial calendar department. If the court fails to declare forfeiture at that time, it loses jurisdiction and the bond is exonerated by operation of law. Even though defendant had executed a Pen. Code, 977, waiver, which allows a felony defendant to be absent on specific occasions, Pen. Code, 1305, which governs forfeiture procedure, was the more specific statute and thus it took precedence. When there is a conflict between a general and a special law, the special law must control.

[See 4 Witkin & Epstein, Cal. Criminal Law (2d ed. 1989) 2023 et seq.] (2) Bail and Recognizance §9 — Forfeiture of Bond or Deposit. The forfeiture or exoneration of bail is entirely a statutory procedure, and forfeiture proceedings are governed entirely by the special statutes applicable thereto (Pen. Code, 1305-1309). Because the law abhors forfeitures, these statutes are to be strictly construed in favor of the surety.

5. Timeliness of Entry of Summary Judgment

After receiving notice of summary judgment of forfeiture, surety on bail bond moved to discharge forfeiture, set aside judgment, and exonerate bail, based on procedural irregularities in giving of notice. The Superior Court, Santa Clara County, No. 172001, John A. Flaherty, J., denied motion. Surety appealed The Court of Appeal, Wunderlich, J., held that: (1) notice of original forfeiture forwarded to surety by defunct general agent to whom it was mailed achieved statutory goal of actual notice; (2) order, naming wrong surety, that surety reassume its obligations under reinstated bond was ineffective; and (3) even if reassumption had been effective, notice to address known to be incorrect was ineffective. Reversed.

8. People v. American Surety Ins. Co. (2000) 92 Cal.Rptr.2d 216. Deportation of a bailee entitles the surety to relief from a forfeiture (and to have its liability extinguished).

Surety which had posted bail for defendant who was arrested on drug charges, and who was unable to appear for preliminary hearing due to his deportation by Immigration and Naturalization Service (INS), moved to vacate forfeiture and exonerate bail. The Superior Court, Ventura County, Nos. CR44361, 187541, John J. Hunter, J., denied motion. Surety appealed. The Court of Appeal, Yegan, J., held that defendant’s deportation rendered him unable to appear due to “detention” by civil authorities, and thus operated under statute to exonerate bail. Reversed.

In September 1999, California enacted a law (A 243) regulating bounty hunters, termed “bail fugitive recovery persons” in the statute. This law added section 1299 to the California Penal Code. The bail fugitive recovery person is defined as one who has “written authorization” by a bail agent, surety, etc., (under PC 1300 and 1301) and is contracted to investigate, surveil, locate, and arrest a bail fugitive for surrender to appropriate authorities, or any person employed to assist in the arrest of such a fugitive.

completion of a training course in the exercise of the power to arrest pursuant to Section 7583.7 of Business and Professions Code [PC 1299.04(a)(4)],